We’re building the world’s first virtual Campus to create a learning space founded upon equality – from the individual to the systemic, from the political to the economic and social…and everything in between.

Accessible from any device with an internet connection, the 2D Campus will enable students to participate in our programs and immersive, experiential learning without the need for VR equipment.

Step into the EquaMetaverse – where you’ll find our virtual campus to experience equality in glorious 3D action!

The Equaliversity Campus will exist in two forms – 2D and 3D – to ensure accessibility to all and to create the kind of immersive, experiential learning we know has the greatest impact on a person’s ability to undergo deep, rapid and lasting change.

The 2D version will be accessible via any internet-enabled device to allow anytime access, from anywhere, for anyone. The 3D version will be accessible in the EquaMetaverse – our virtual world created to provide an immersive, ‘live’ experience that empowers citizens to learn how to create, live in and uphold a world built with equality at its core.

We will be launching an early prototype of our first virtual space in Q4 of 2022 and will be opening the doors to a prototype of the 2D campus in January 2023 and the 3D campus in June 2023. 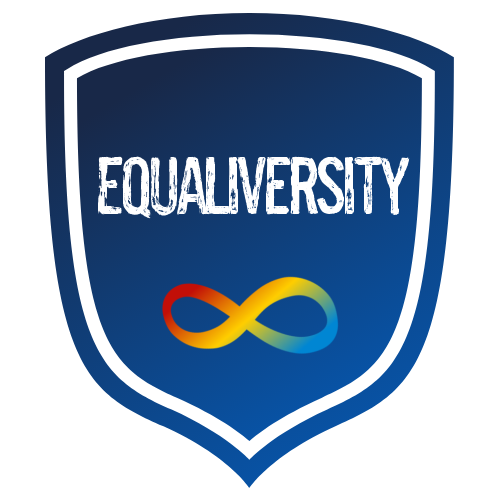